Hey guys, just a quick one on the legion symbol I have had to free hand on all the miniatures I've finished so far. 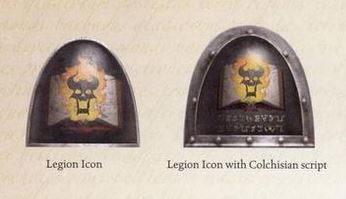 Initially I tried to do the above symbol, but found it too time consuming, especially for tactical marines, and assault marines that will just die in droves. 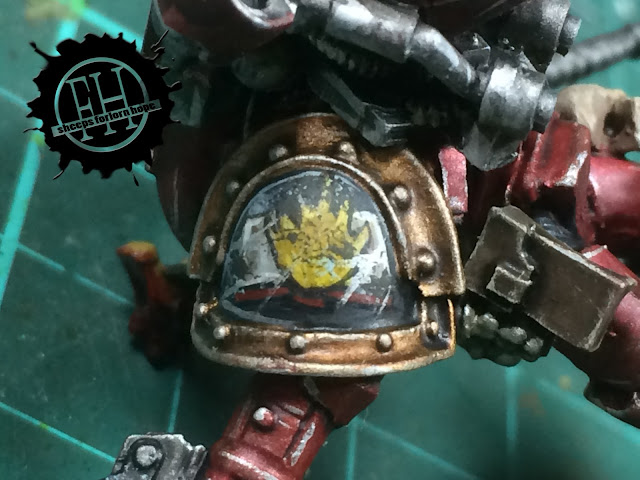 I did one on Barry the test model, just to try it out, abut couldn't fit the daemon face into such a small space convincingly (its really distressing to spent so long free handing something, only to add battle damage to it as well).

Then I found the above Image on From the warp, a now sadly inactive blog, and it saved my bacon. 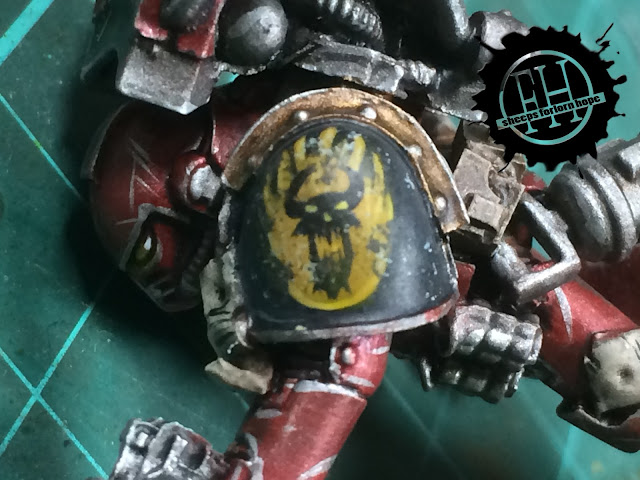 Much easier to paint, and according to the FW books, still canon and current to the campaign on Calth and beyond, all the bases covered I can carry this on to all the rest of the units, and save the more complicated symbols for tanks, dreadnoughts etc that warrant a bit extra attention.

Cheers for checking in.