Wow, thanks so much guys, late last week the blog ticked over 150 followers. Thank you all so much for liking my work enough to follow me, here's to 150+ more :p

As for what I've been doing. . . well, something will remain a secret, for now.

But I can show you more of the terrain WIP that I've been doing for the tournament this weekend (damn that snuck up).

After the disaster with the chipping coating on the masks, I reapplied the finish by using a textured paint, this seemed to hold on well, and filled the gaps so that I could apply a grey undercoat, followed by Tamiya Dark Yellow spray. 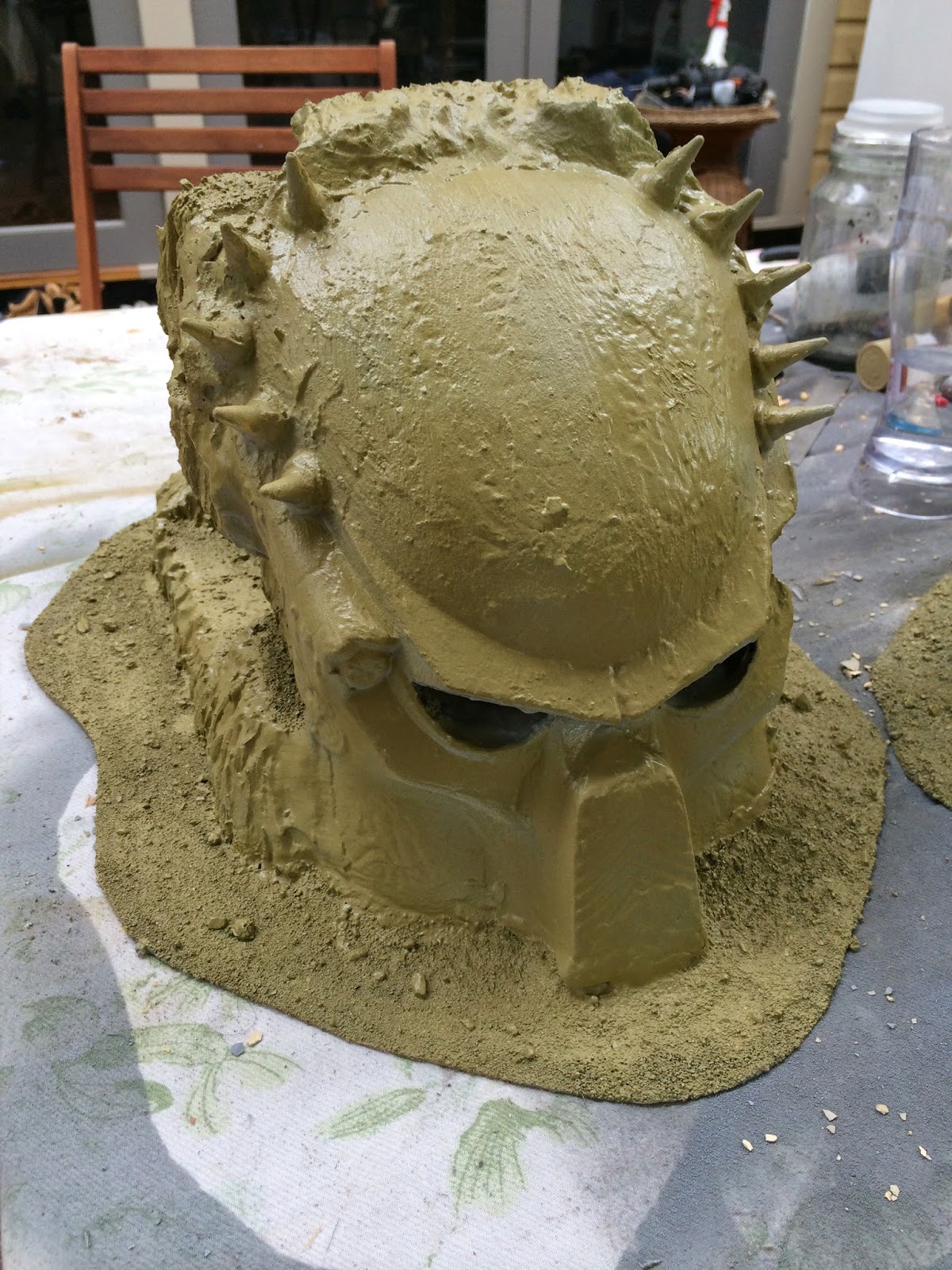 This was followed by some green washes of various shades to add an aged look. 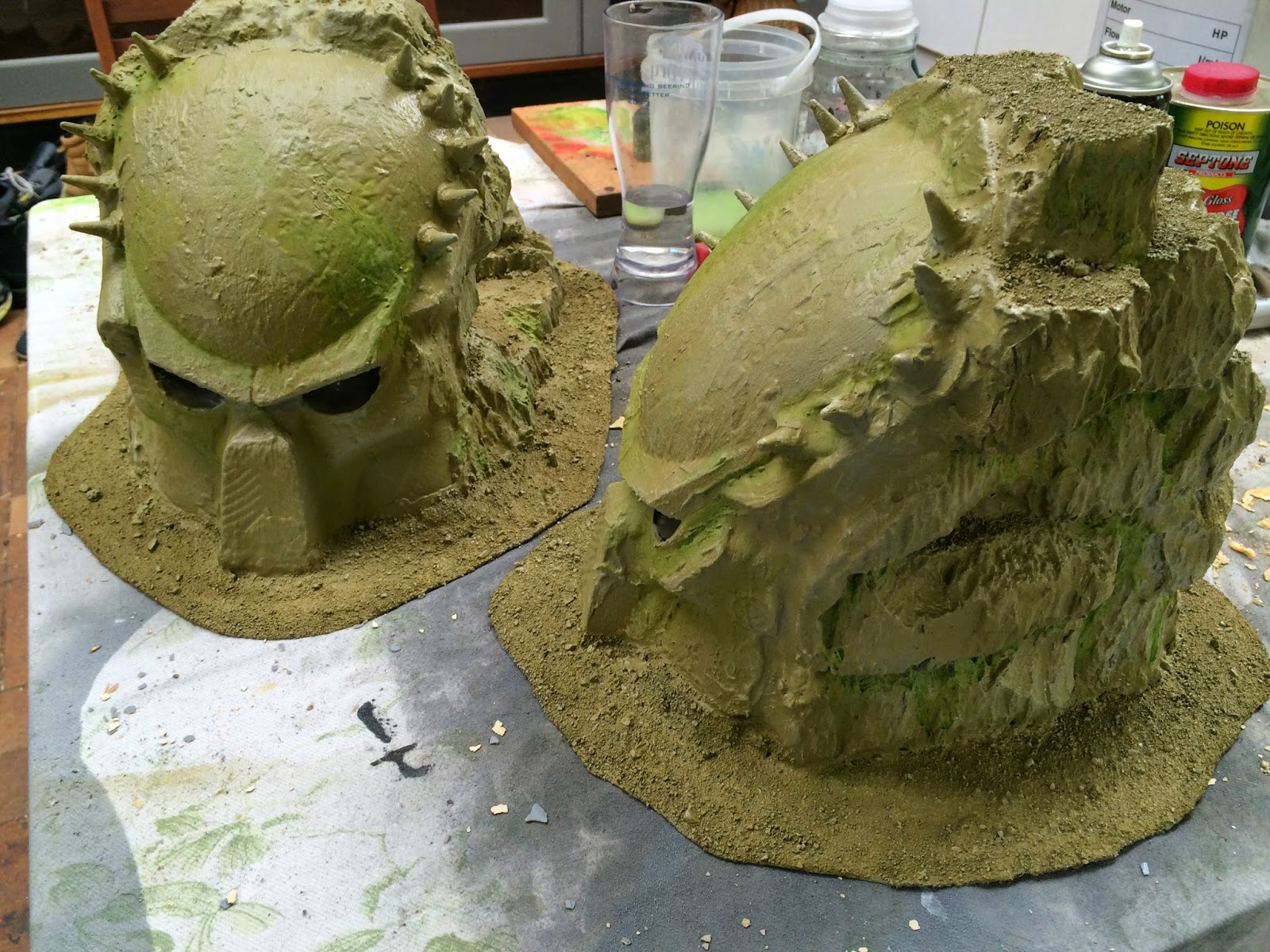 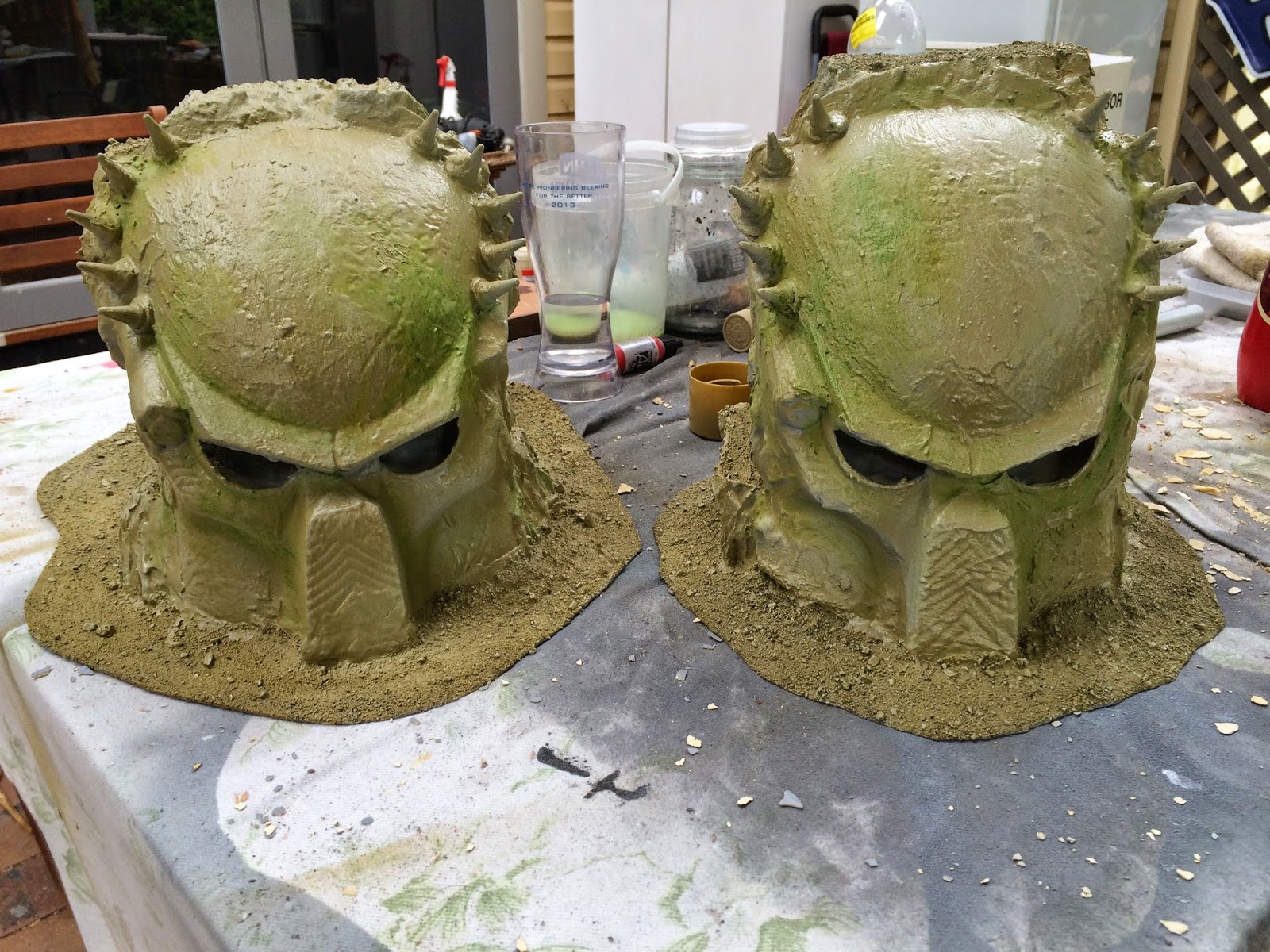 I then added a brown wash to some parts. However this ended up giving a German WW2 camo effect (no pics), a dry brush of bone, and a thin over spray of Tamiya Dark yellow sorted it out, and toned the effect down to acceptable levels. 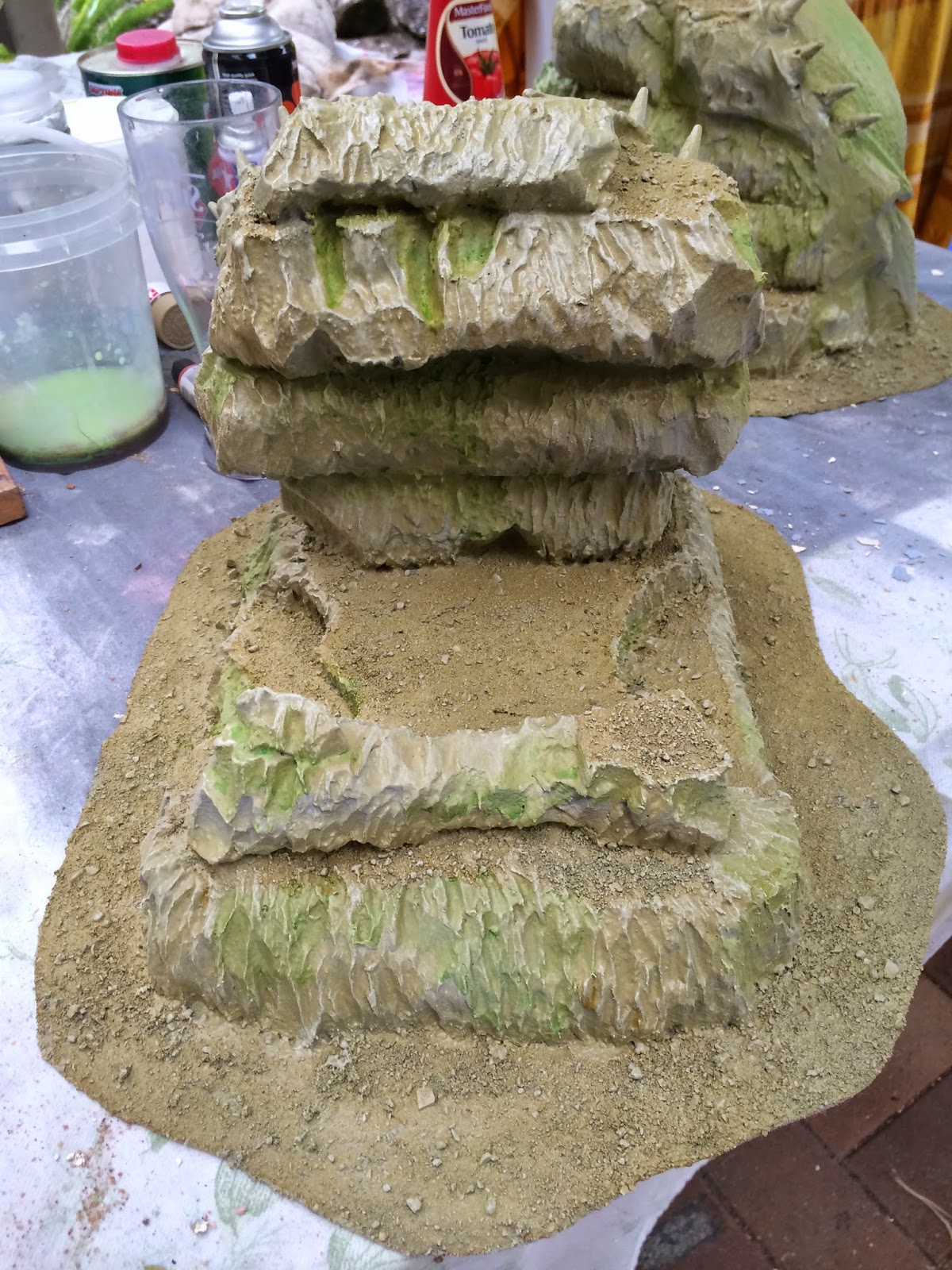 To add some more interest to the terrain, and impart a story element to it, I clipped the fire brands from the GW flagellent kit and painted it with the airbrush to simulate fire. A rudimentary OSL effect was done in the eye sockets at the same time. 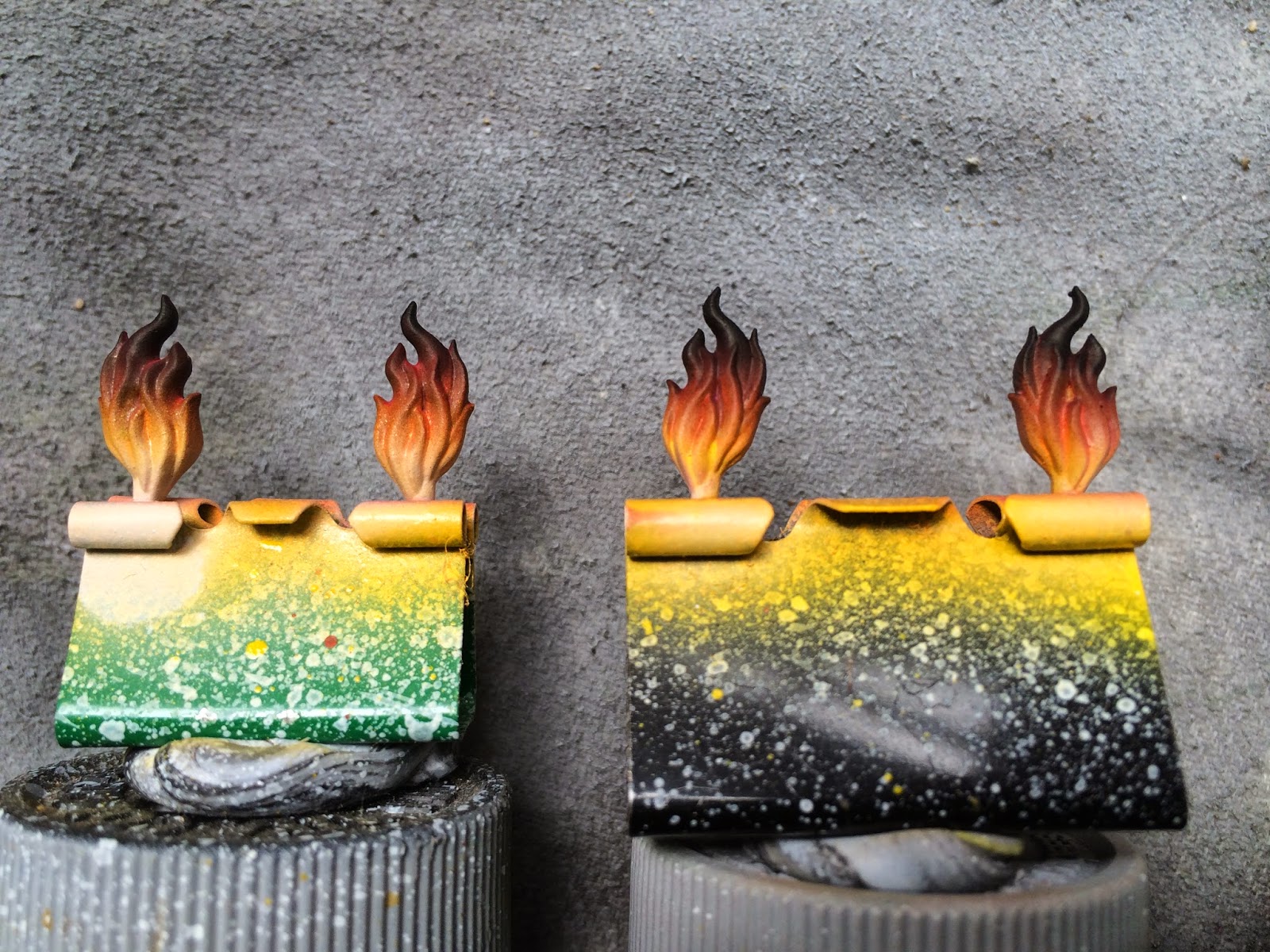 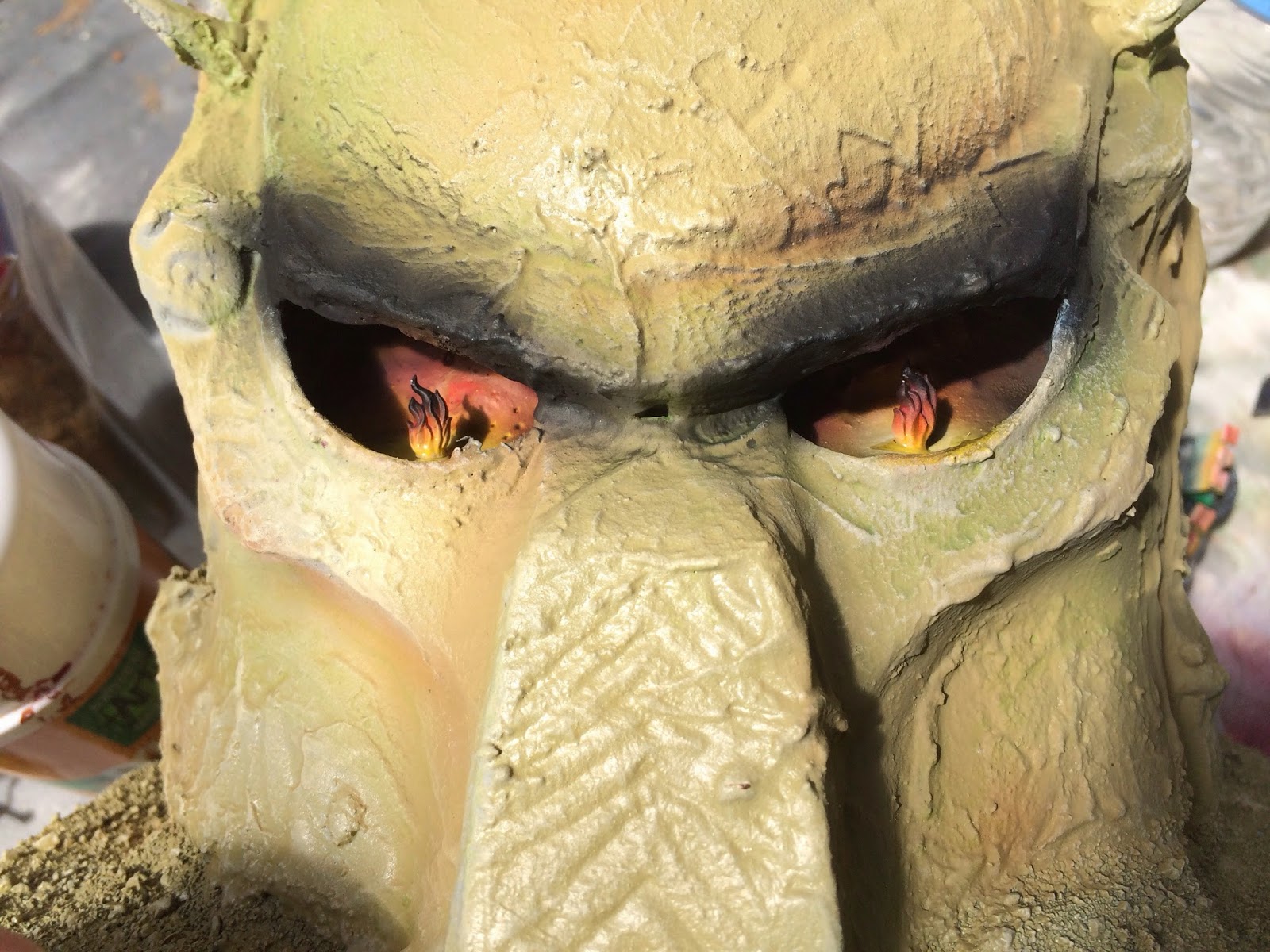 They were then stuck in the eyes of the masks, and soot was then sprayed (probably too heavily) to the eyebrows and lower lids/rims of the mask. 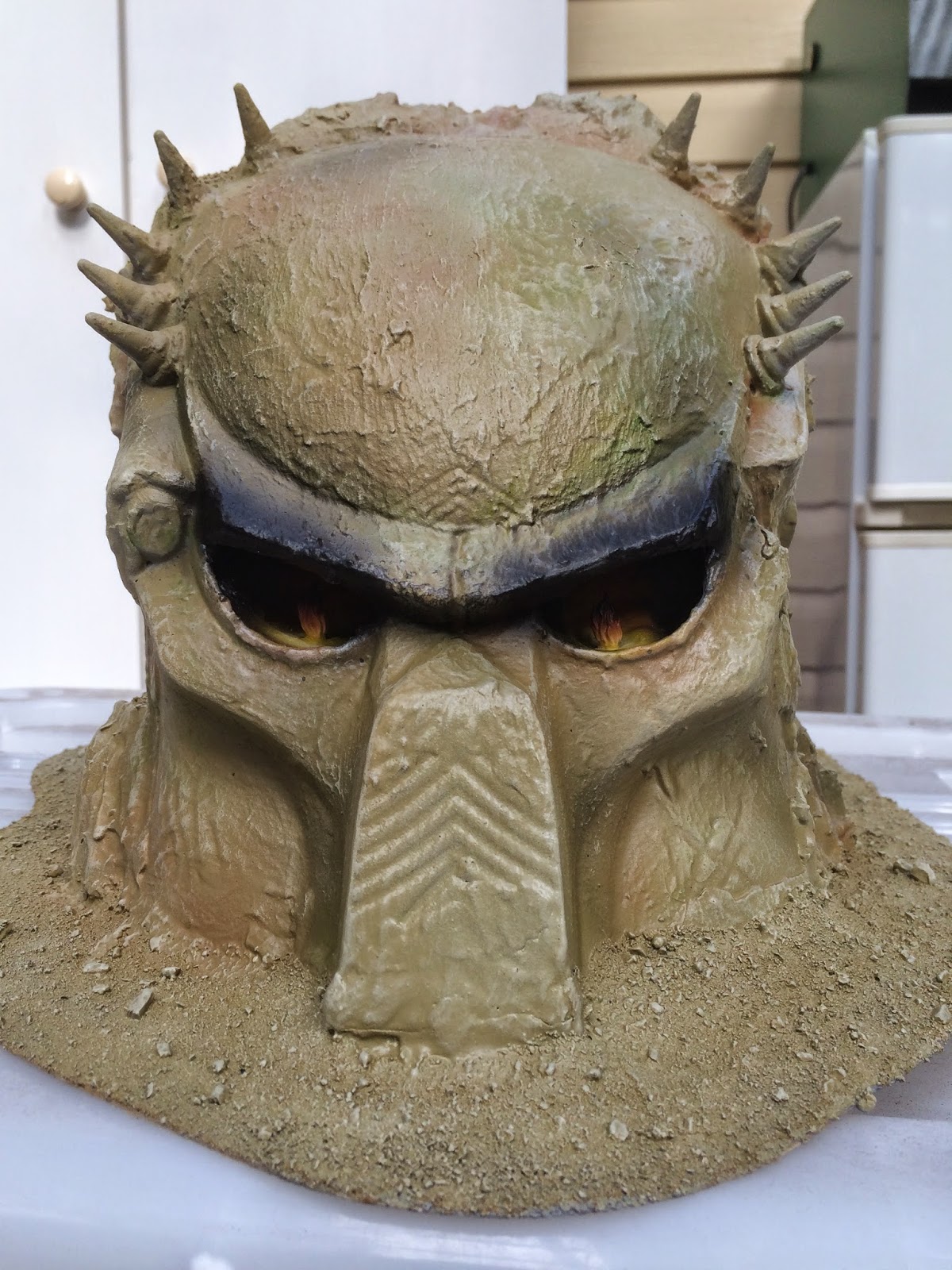 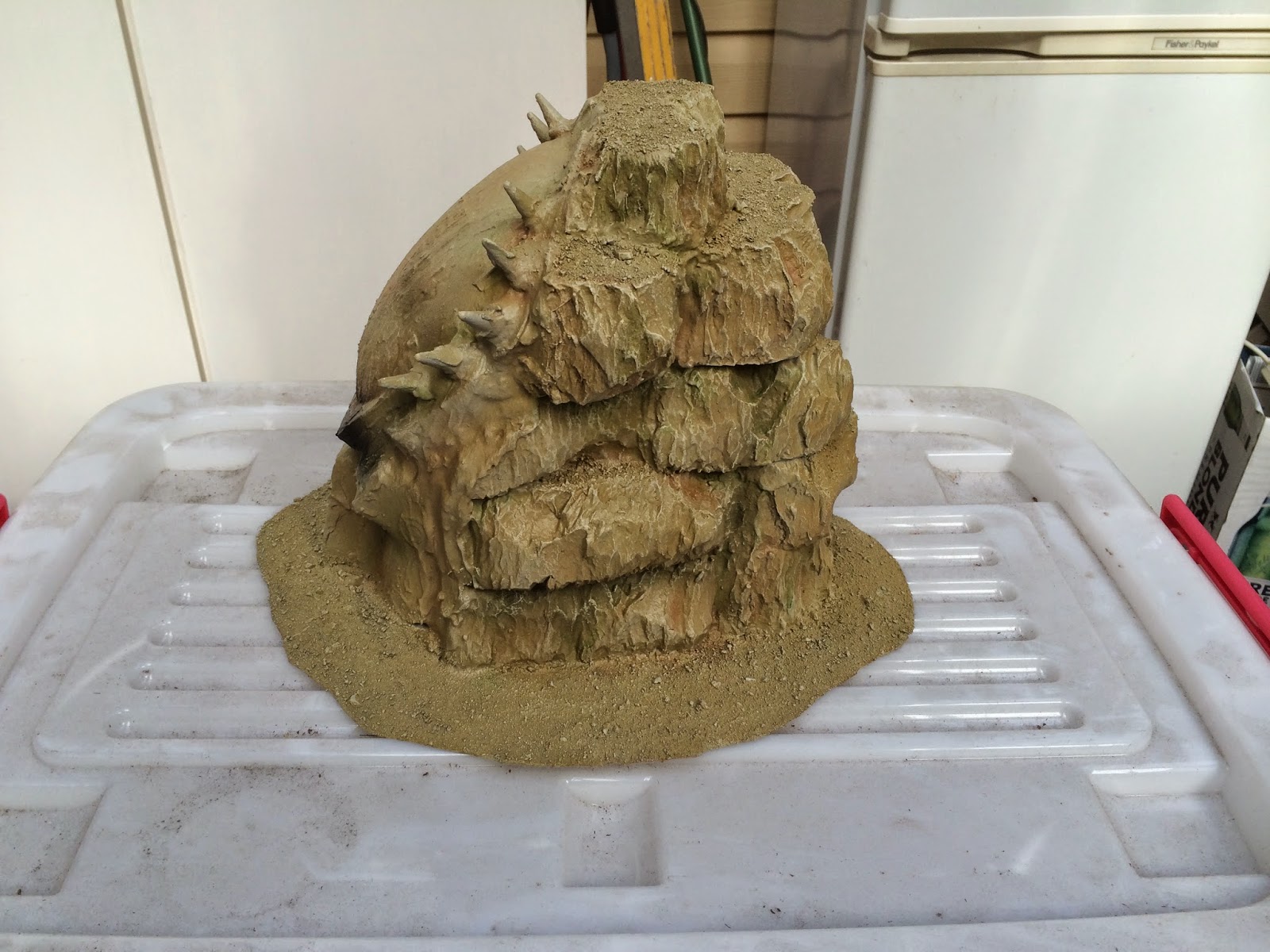 A while ago (18 months??) I bought a bunch of second hand terrain. In it was a whole bunch of tyranid capillary towers (24) and a bunch of CoD buildings. 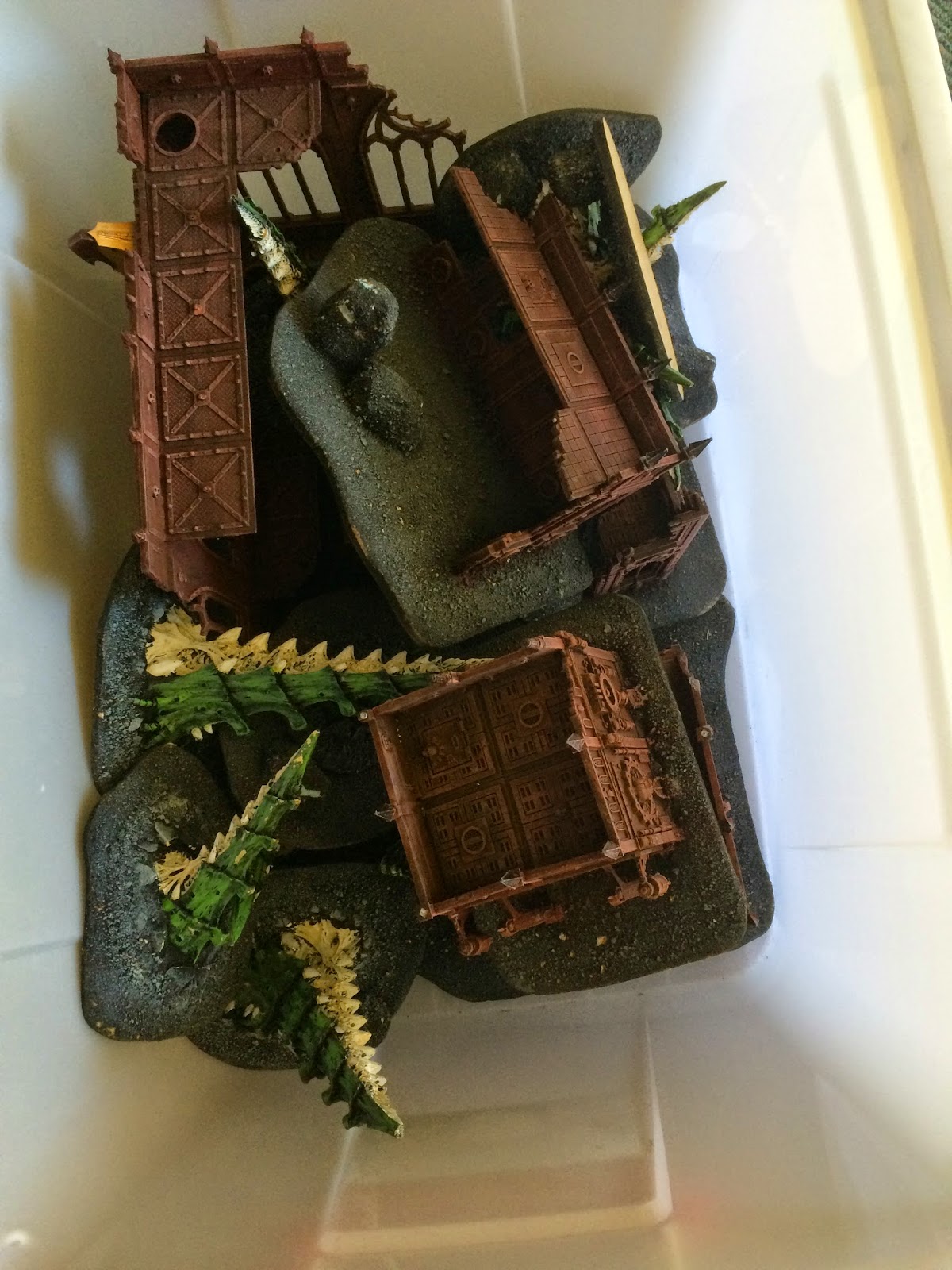 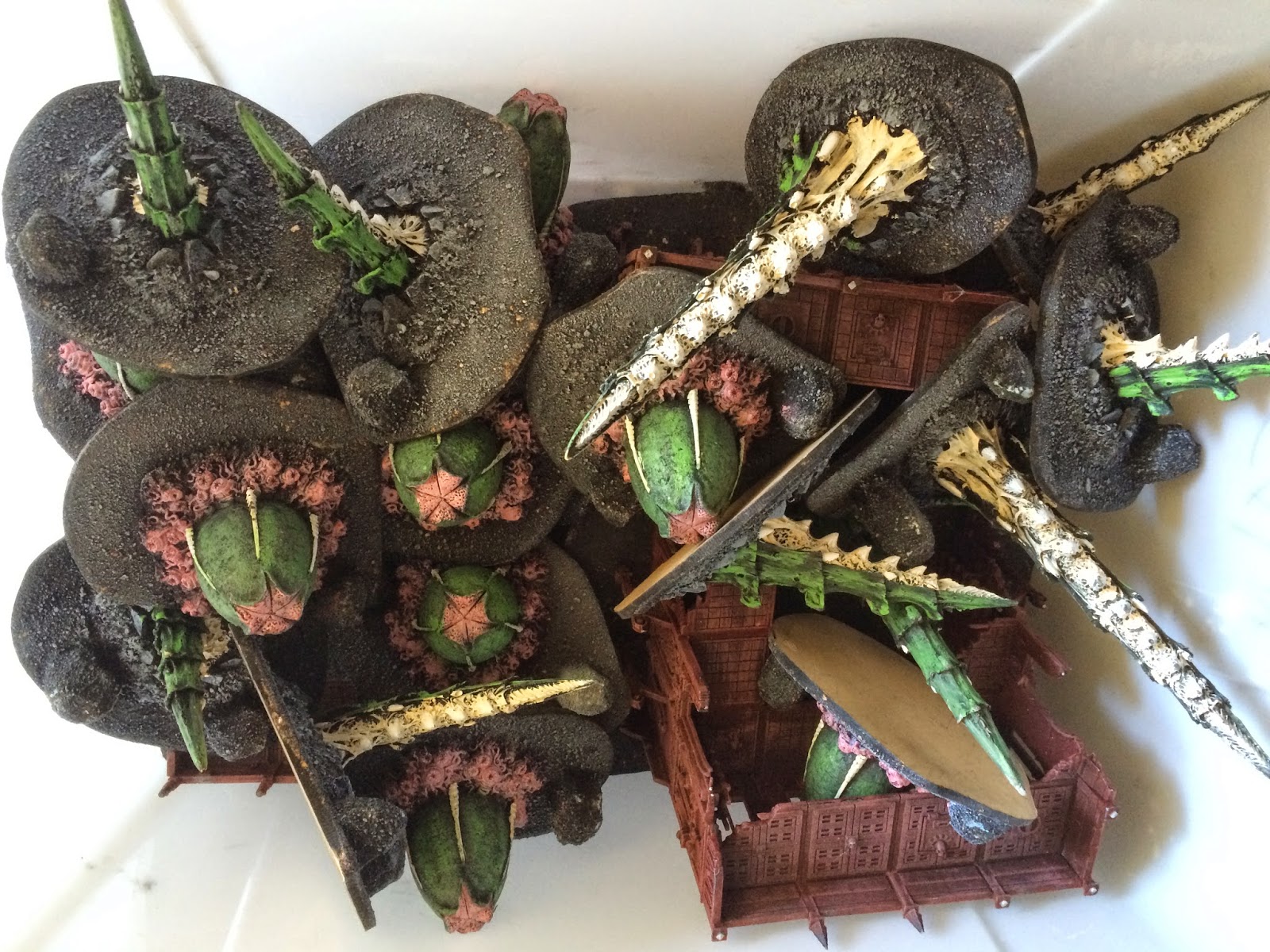 These will form the basis of the next update.

Thanks for stopping in.