None of this blood is mine . . . * Finished Sons of Horus and WIP World Eaters

Hi guys, been a little while since the last update, but I have been busy.

I've managed to finish 3 more sons, and 2 WE (bar their backpacks which is why they count as WIP).

Firstly we have my home made Praetor (I have another set of the FW praetors I will be painting for myself, hopefully as well as the ones I did on commission), he was going to be used as a counts as Azreal, but will now probably be used as a sternguard SGT. 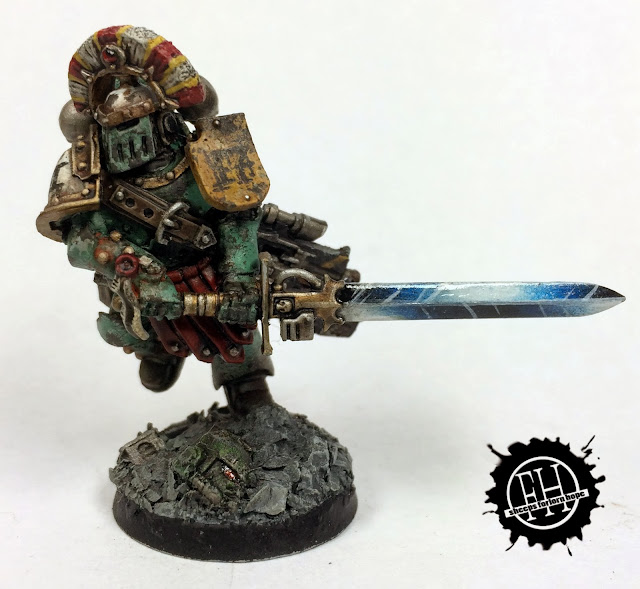 The base features a salamanders helmet, or a really dirty SoH helmet, its a pretty standard feature on my bases, and I tend to forget I'm doing PH/HH and just paint them whatever colour I have to hand. 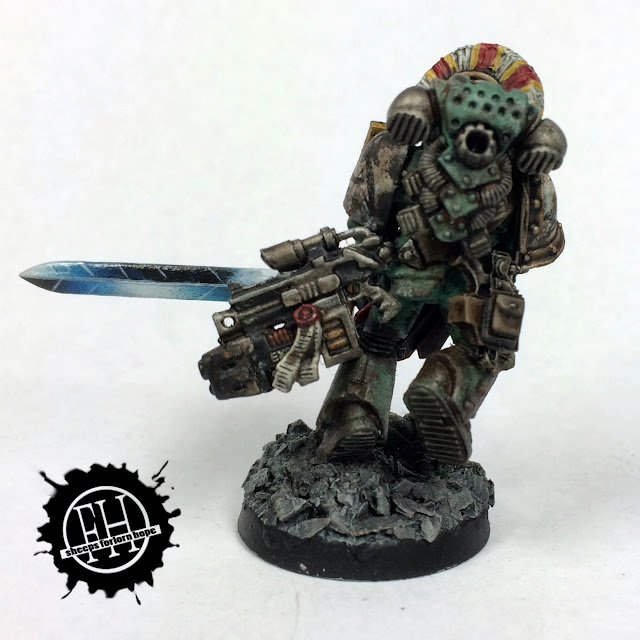 I'm not actually that happy with the sword on this guy, but being a gaming army, and still not having played a game with it I think I can let the fact the back side is better than the front side slide. I also painted the plasma in a more subdued orange because its not actually pointed at anyone, so it makes sense for the weapon to be powered down.

Next we have some apothecaries, which given their uselessness as a buff bubble ala sang priests will probably just get used as regular Tac marines. 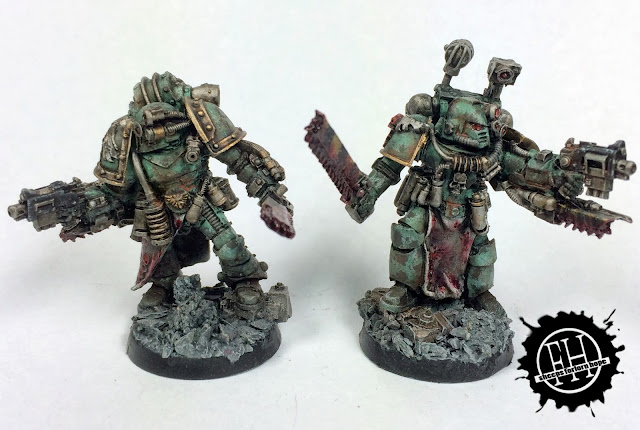 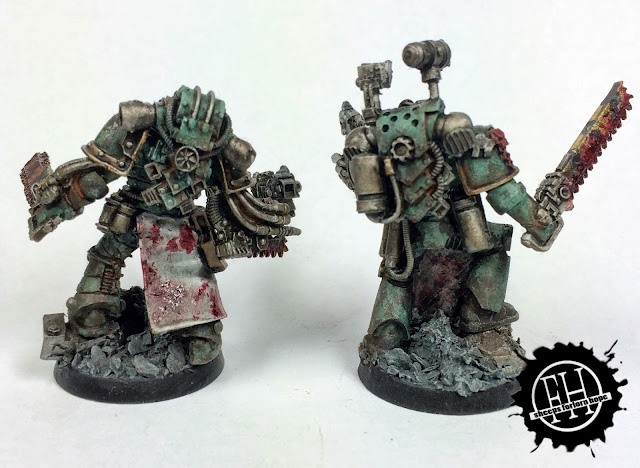 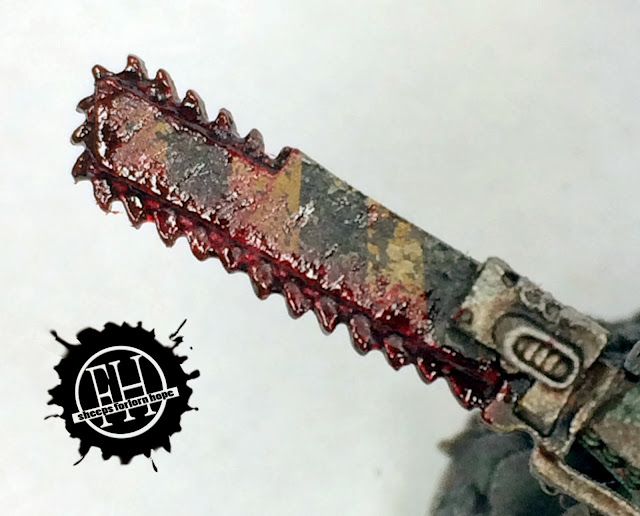 I haven't managed to get my hands on any of the new technical paints yet, so the blood here is done the old fashioned way using Tamiya clear red, and a second coat with a touch of black. But I'm pretty happy with the effect, even at a million times magnification.

Next we have the reason for the title of the blog post . . . WIP World Eaters. I personally see the change in coloration from white to red as a result of their blood letting. The human body has between 4-6 liters of blood, and an Astartes would have considerably more, so they would make a hell of a mess when hacked up with chain weapons. 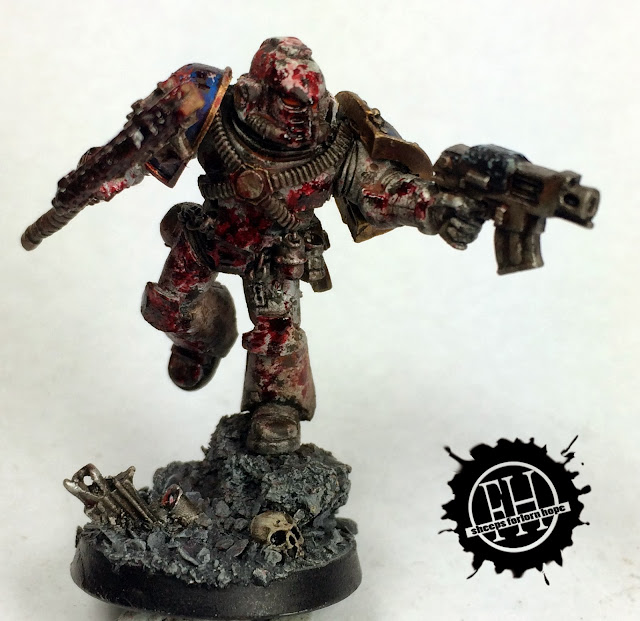 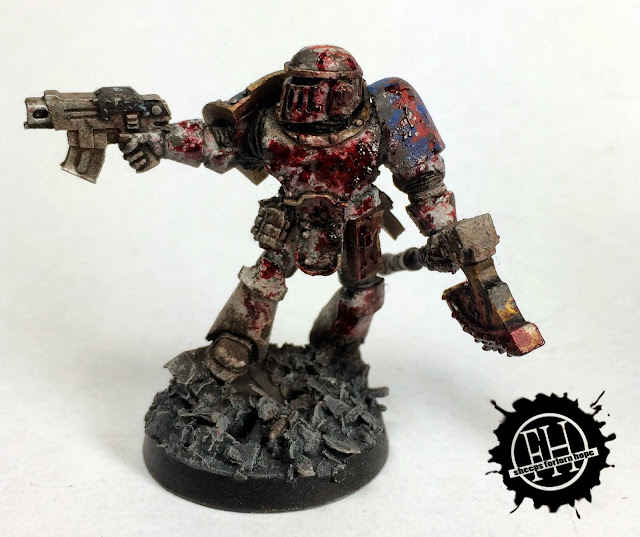 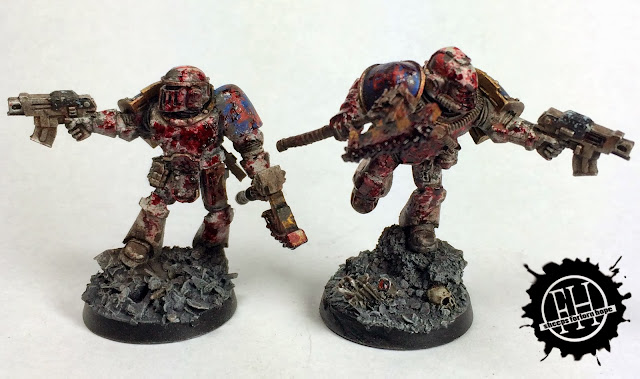 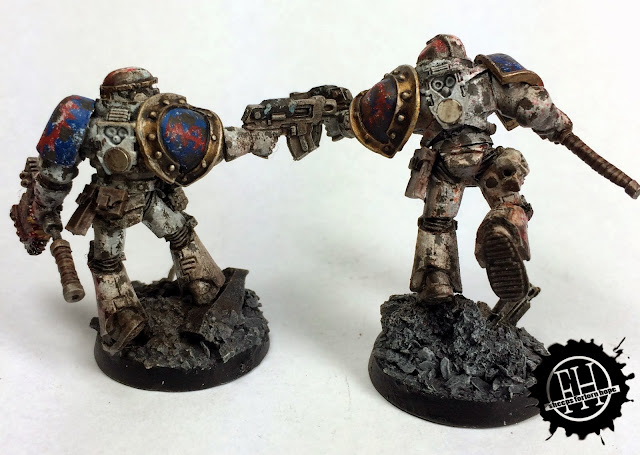 I intend on writing a piece of fluff eventually that describes how some of the berzerkers as a symbol of there heresy decide not to wash off the blood of the slain from Istvaan, and as time went on, armour broke and was replaced, but painted red to maintain the connection to the betrayal and dropsite massacres.

Thoughts on the paint job, the fluff and the amount of blood?