I finished the tyranid army on time, at 1am the night before the tournament I had finished gluing the grass tufts to the bases.


I am also pleased to report that I won best painted :)

Less pleased by the prize of a OOP box of shining spears, but the KR dice box was nice, and will be handy for future tournament outings.

One thing I found was the lack of mobility hampered me in dealing with tanks, especially on terrain heavy tables, the base sizes of the multiple monstrous creatures really hampered my ability to move, and spawning gants compounded this.

Overall I fairly happy with them, and think with a few minor changes (maybe drop one tervigon, prime and a small squad of combat warriors, or hormaogaunts, or trygon) it could become a really challenging list to play against.

Also dawn of war setup with 3 tervigons on the halfway line at the start of the game is nasty!

Another couple of days have passed, 4 days til my deadline! To prove I'm not slacking heres a couple of pics of my latest work.

The 2 mawlocs will be used in the list to hit back field units like longfangs and whirlwinds, pop cans to get the juicy meat out and otherwise just cause a nuisance, like daemonic whack a moles, and take the heat off my spawners as they waddle up the field. 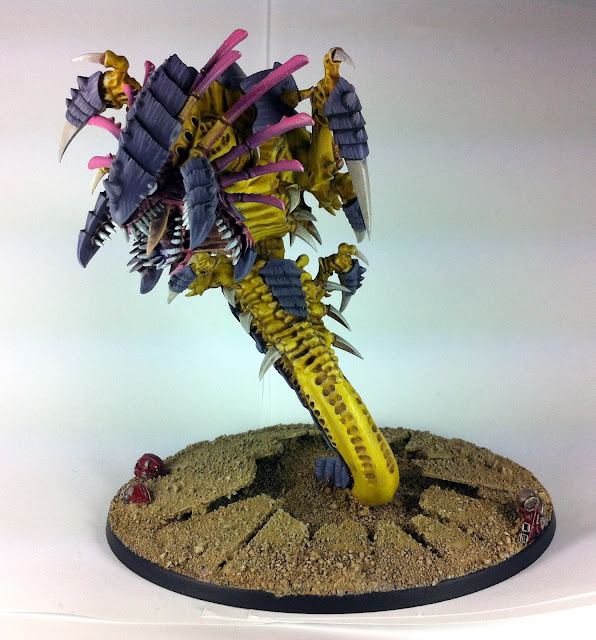 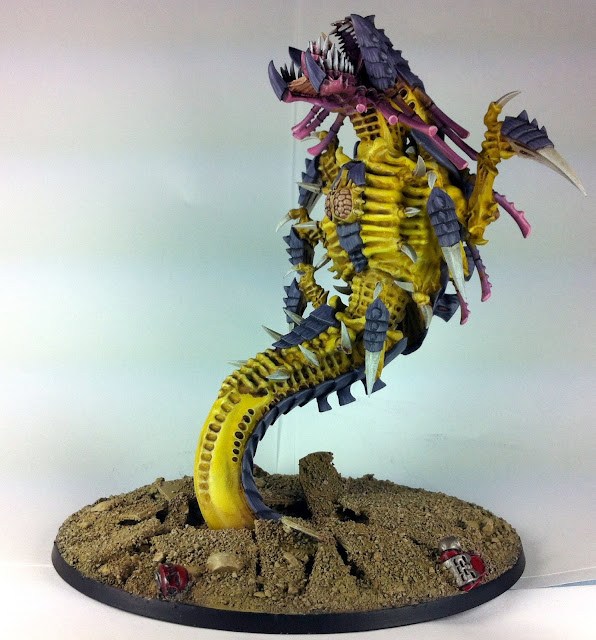 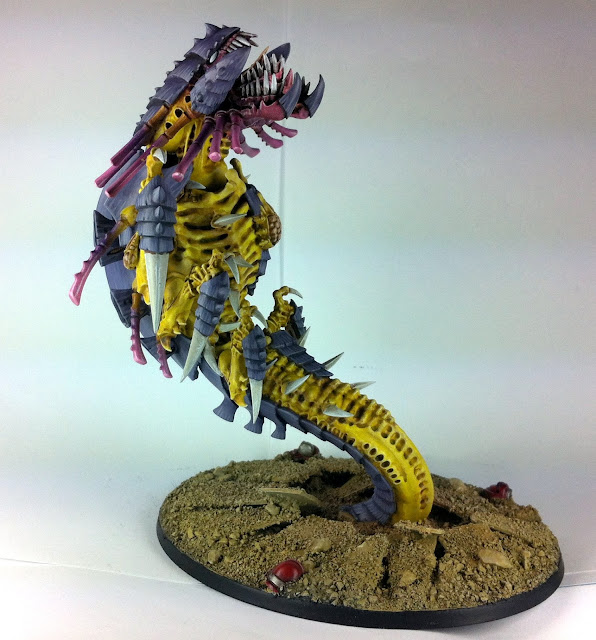 Not the greatest of angles, I'll try and get some more later.

So. Don't let the amount of updates recently deceive you, this is going to be down to the wire. I have 6 days to paint 7 monstrous creatures (ok, one of them is a pod, but its still pretty big).

Either way, another model down, I'm actually pretty happy with how this guy came out, the conversion isn't new, but I added some more spines to mine, and a tail. I'm excited to use this guy on my opponents too (except grey knights).

So its been a busy couple of days, and even with the distractions of having a life I managed to finish the 23 gants I need for the starting squads. I've taken to calling them table-gants, and the others are spawn -gants. The spawners can wait til after I finish the rest of them before I throw some paint at them.

Rumours of my death have been greatly exaggerated. . .

So its been along time since blog posts, life has a strange habit of kicking me in the arse every 2 years, and last month my number came up again.

During my first night off, and several beverages I managed to compound dislocate my left ankle, this left me in hospital for over a week, and laid up in bed for 2 more after that.

Since then however, I have been reminded by my mates that I made another stupid army painting based bet, and with 16 days to go, I have to paint 1750ish points of tyranids!