G'day everyone, sorry for the lack of updates, but I am updating now, so get off my back Matt.

As seems to be my MO, a tournament provided the impetus to get the latest batch of models completed for this army.

So presented here are the finished pics, because in the made rush I didn't take any WIP pics worth posting (also tried a new background/new way of photgrapghing the minis, I'm not sold on it though, I think the sun was causing too many shadows) 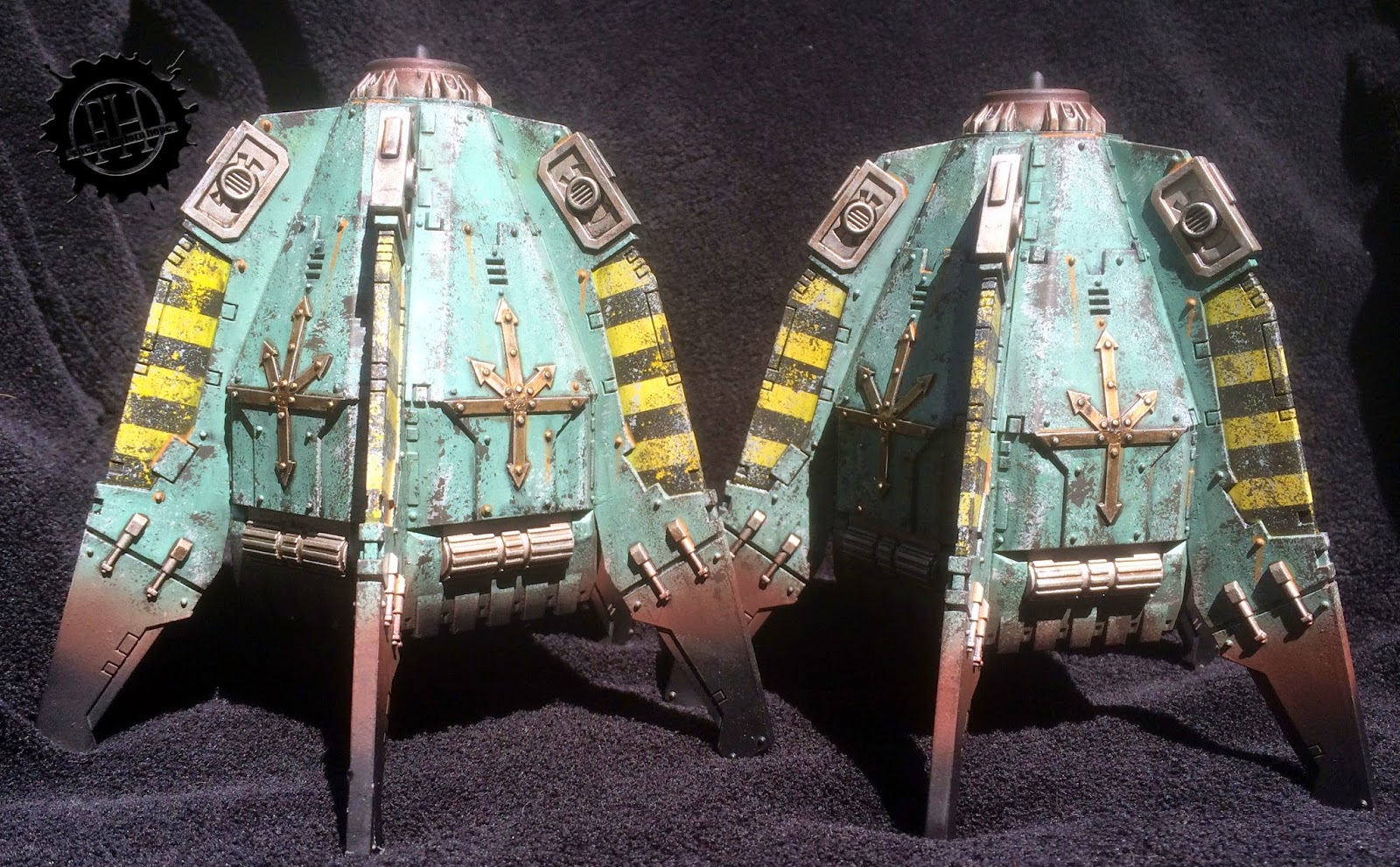 First up we have a repaint of the drop pods from my Khorne angels force. I didn't even re prime them, just sprayed them in SoH green mix and went from there.

These were used by one of my Dreadnoughts and the veterans squad.

I used the breacher marines to represent DA veterans with combat shields, not the most cost effective choice, but they were fun, and never failed to blow up something big. If I were to paint them again, I would cut the 6mm tape I used to the hazard stripes in half, they just look slightly too big for infantry.

Next we have the second completed tactical squad, the lascannon is singly overpriced and ineffective in my hands, I think it took 2 hull points off the entire tournament.

Finally, one of my favourite tanks in all of 40k, and a staple of every SM list I have ever run. 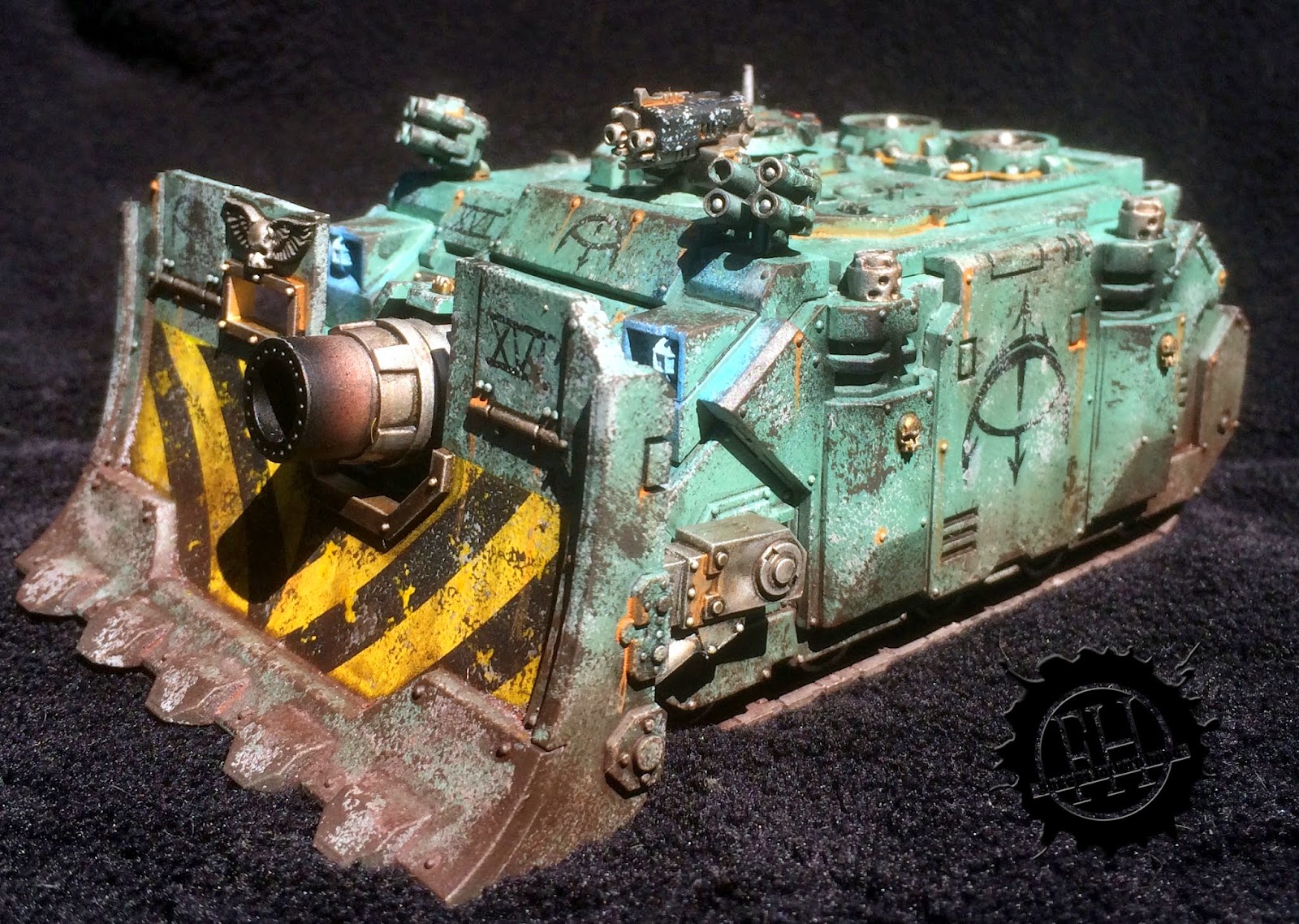 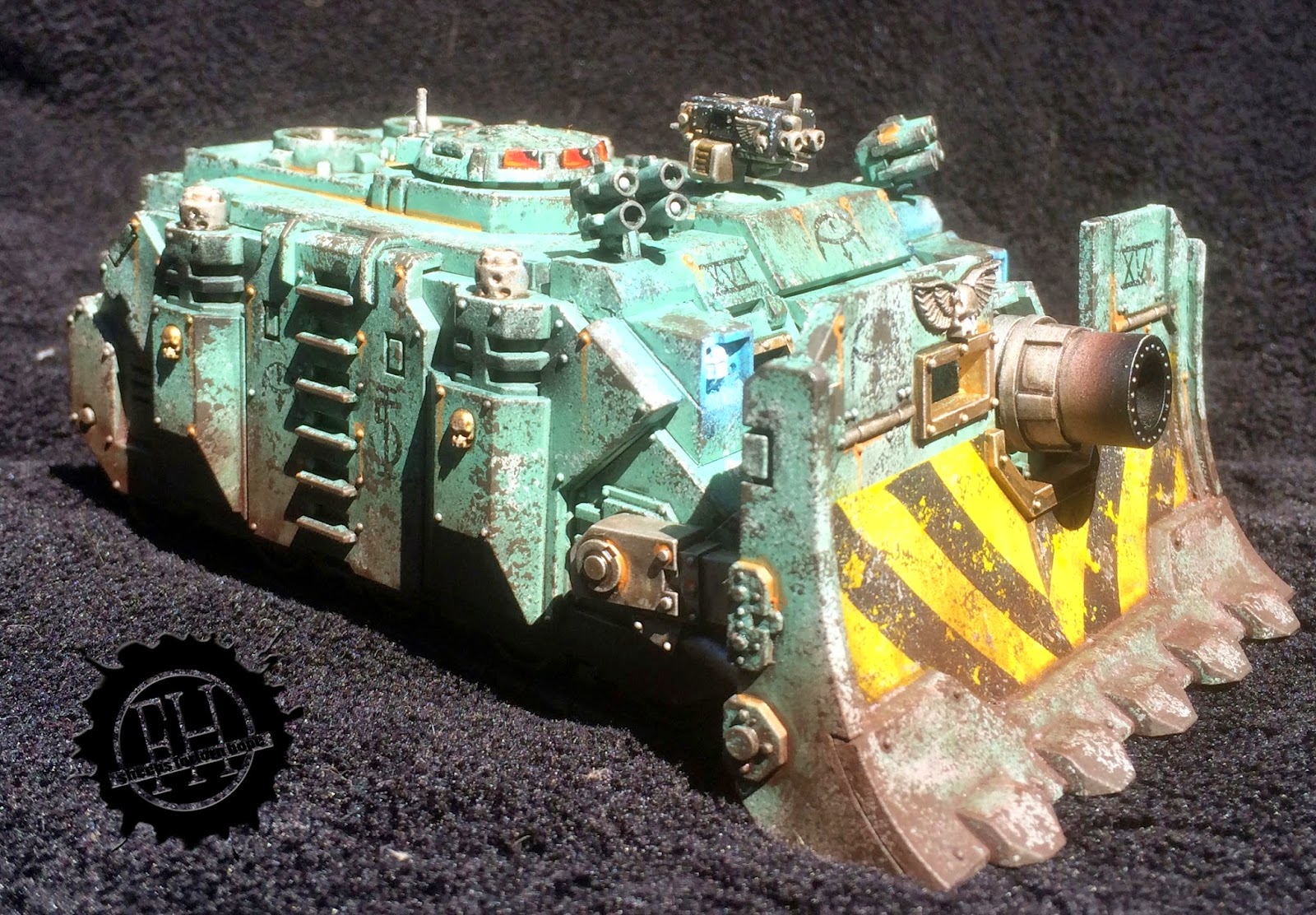 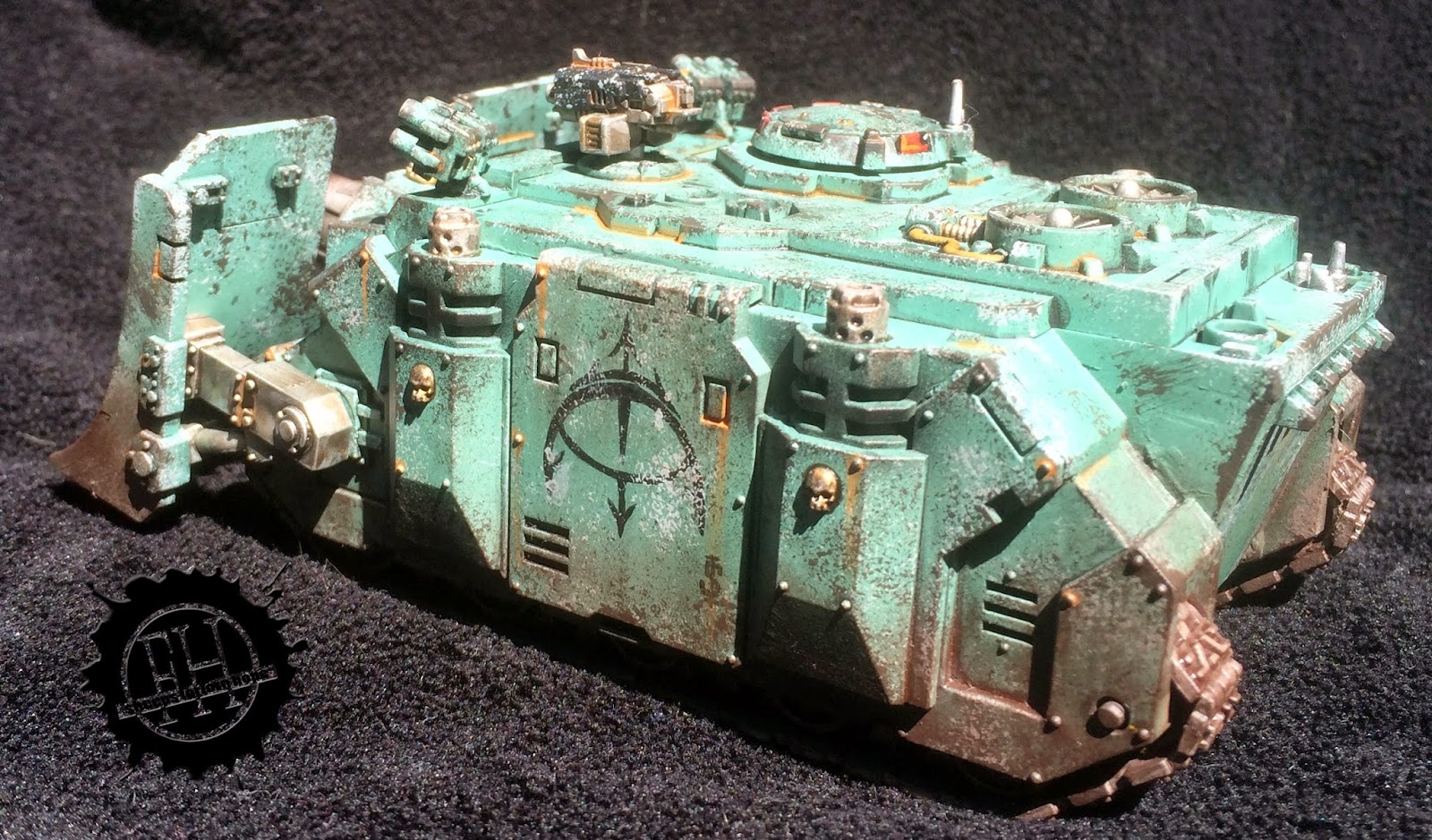 S10 pie plates just scare the pants off of the enemy, and I'm not scared to call in danger close fire missions either.

Thanks for looking, hope to have something more to post soon.
Posted by Sheep at 10:40 13 comments: