Well its been a while, Uni is taking alot more time then I thought, especially since I'm not a maths brain doing engineering . . .

But I do still need to eat. So I've finished up a commission addition for an old army I sold 3 years ago, as the title says Orks.

This army was originally painted in 2010 while I was recuperating from an ankle injury. I went on to win several tournaments and a couple more podiums, an oddity for me because I've always been a painter first, gamer second.

The additions have taken waaaaayyyy to long to paint, but because they weren't a priority for the owner they got put on the back burner several times, and forgotten about in moves etc. But I finally finished them! 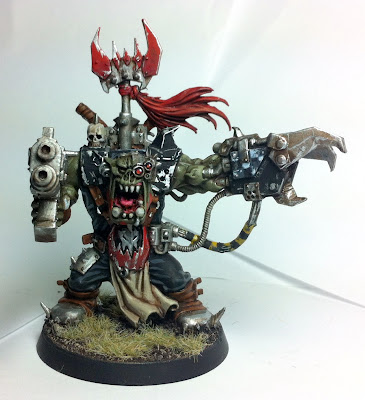 This should be the last painting I do for this army until the new codex drops, when hopefully shiney syndrom will hit my client and I'll get some more work :)

Until next time, thanks for looking.
Posted by Sheep at 23:47 4 comments: