21 months I have been painting these Sons of bitches, and I can finally say it. I have a playable force!

I guess I'll start with the new additions, firstly, HQ's. 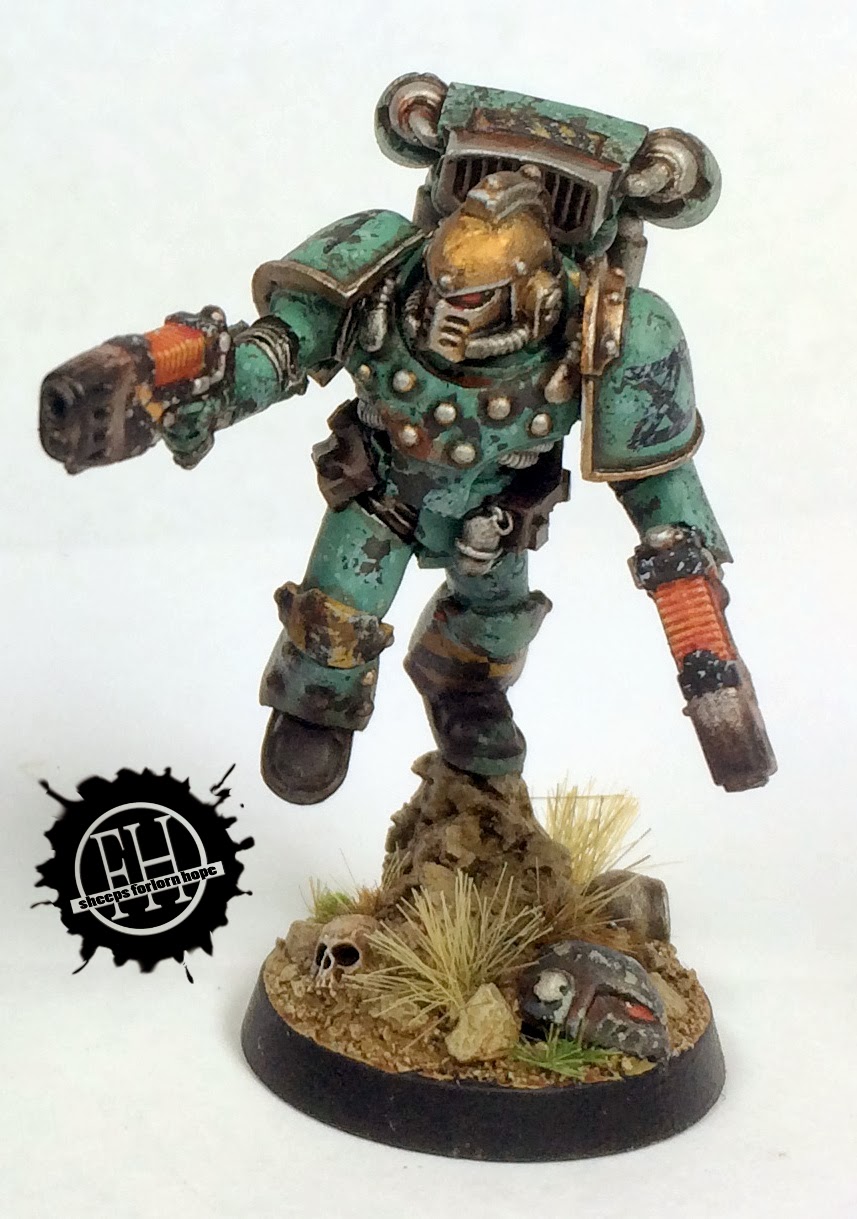 This is Moritat Axander, and will pretty much ruin anyones day if he gets a turn of chainfire shooting at them. I haven't seen that many of these guys around the forums and blogs, which is surprising considering the damage potential they have with 2 plasma pistols.

I used the current 40k plasma pistols because I think the 30k ones look like a hair driers . . . 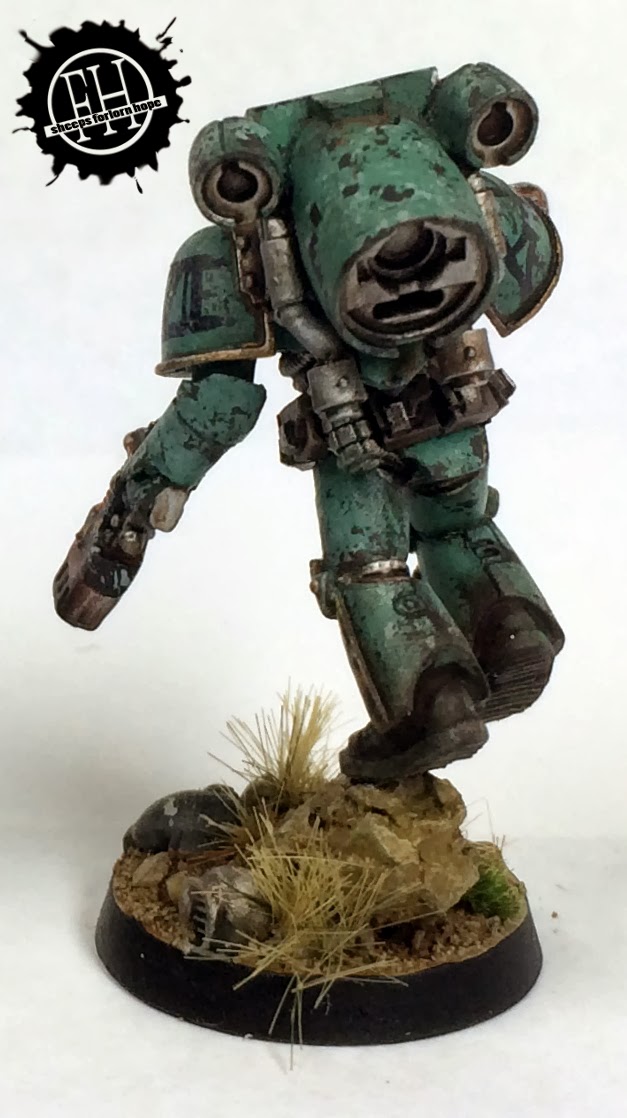 Unusually for me, he is clad entirely in Mk IV armour, although I did make a couple of modifications to it. There has been an extra armoured plate sculpted onto the left greave, and a plasticard strip and rivets added to the crown of his helmet to differentiate it from rank and file, and give him a pseudo crest/mohawk.

Next in the HQ slot is a Praetor in terminator armour, because a Moritat can't lead your force. 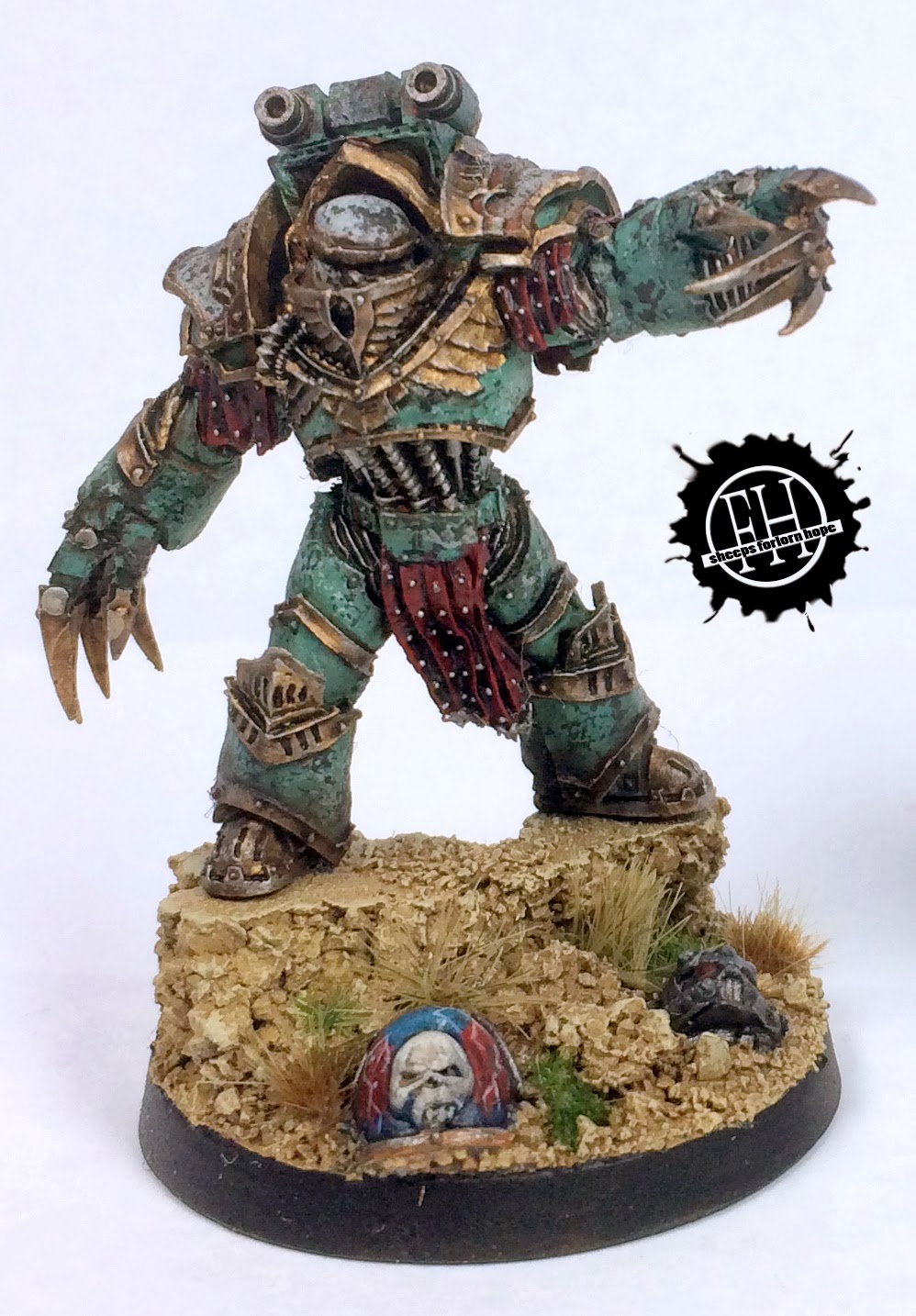 I took the normal Terminator Praetor and converted him to have lightning claws, just a simple matter of cutting all the relevant parts at the elbows and pinning them together. I also heated (carefully) the fingers on the left hand to give him a pointing/commanding pose. Looking at the pics, I need to add some definition eye sockets to the skull on the night lords shoulder pad.

I've never been a fan of unhelmeted marines, something about going into battle without a lid when explosive projectiles are flying around just seems dumb to me. So I squeezed a Mk II helmet in with a bit of trimming. Unfortunately some super glue got into the eye slit and destroyed the detail, but it still works as a gaming piece. 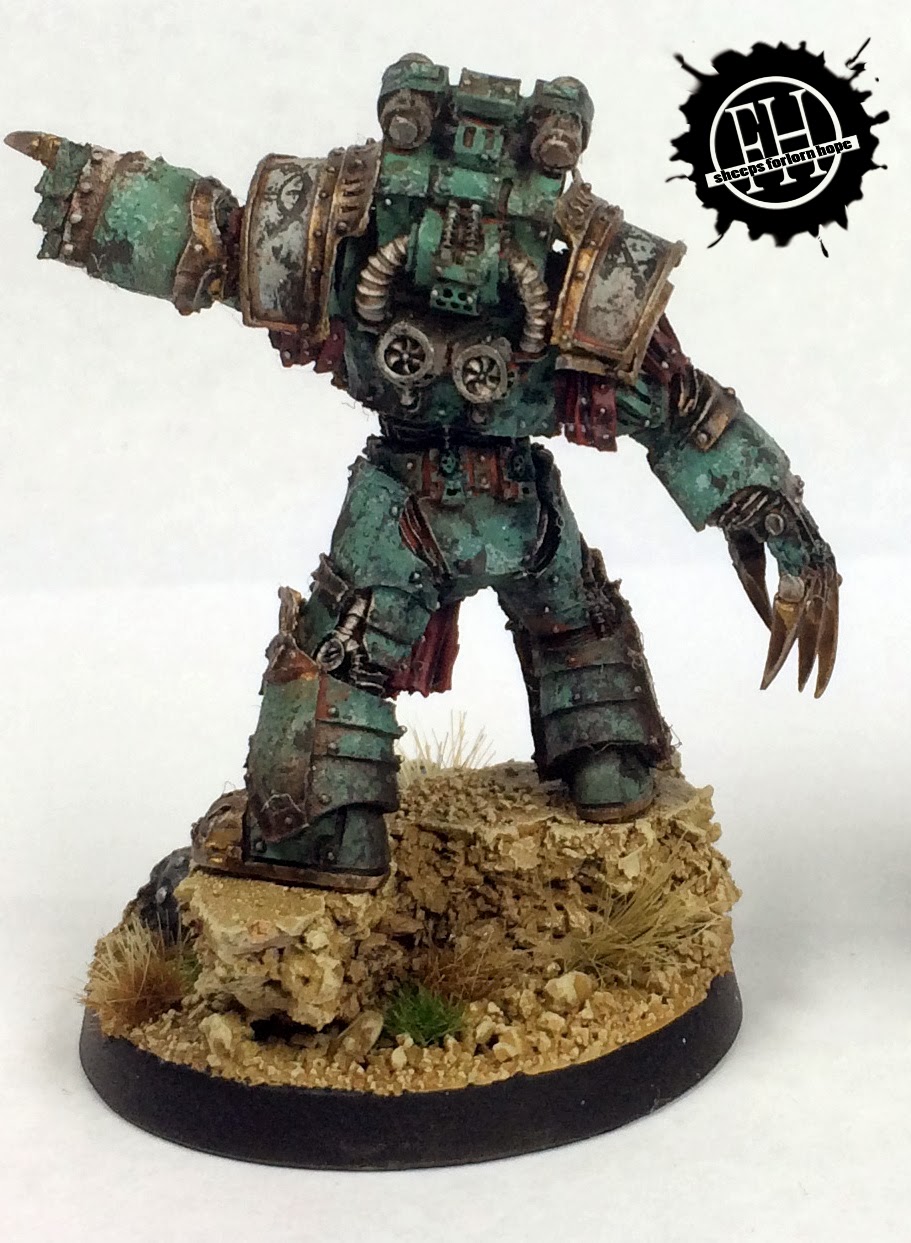 And what is a pimp, without an entourage?

Basically just stock Cataphractii terminators from Forgeworld, its hard to improve on perfection. The only thing I added was a heraldic shield from the Grey knight terminators to the Sgt.

And thats it for the new stuff. The observant among you would have noticed that the basing has changed though. The new style matches the tyranids, and will match the Ad mech, and the table I am going to make (eventually) for my collection. This meant that the rest of the 1k needed to be rebased.

The Sgt also had a head repose so he wasn't looking at his shoes. 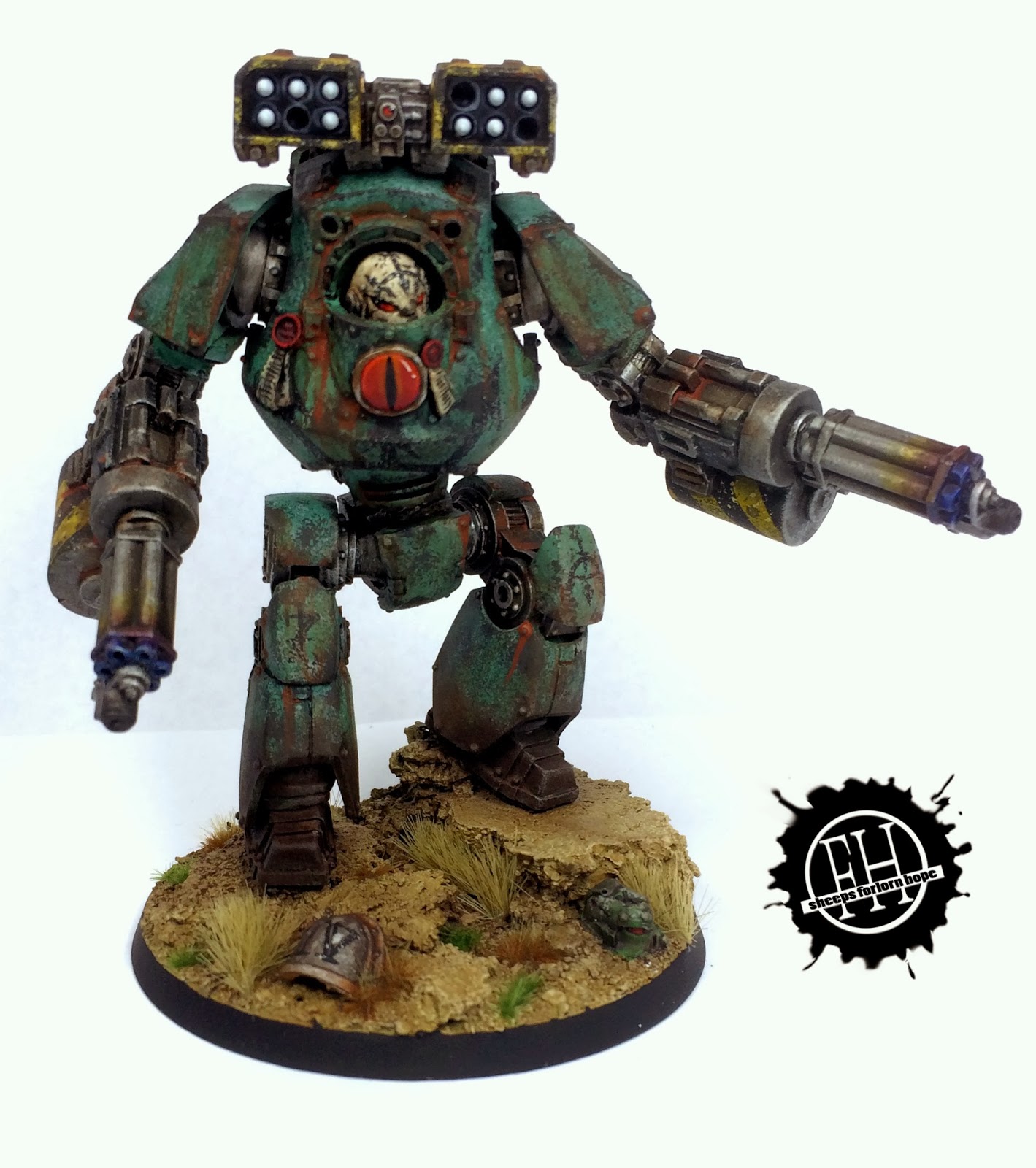 Unfortunately I have to lose the stomping pose on the dread due to time constraints, but I kept the marine and the base so I can redo it at a later stage with another contemptor.

And thats 1000 points (plus a rhino), my photo set up isn't big enough to get all the models into one shot, but I'll take lots of pics at the 30k tournament being run by John from The Painting Bunker called The Emperors Legions, which is set to be epic, including a group shot.

Thanks for stopping in and reading my ramblings, what do you think of the new additions and new basing style?