And now for something completely different!

And now for something completely different, I've been dragged back to the Imperial fold by GK's. I got some cheap from a mate that was getting out of the hobby, and like every other bastard I've decided the best way to run them is with a large squad of paladins.

This is mostly a painting exercise. I might sell them soon after completion too, if any one wants to make an offer ;)

As to the painting. Heres the test. 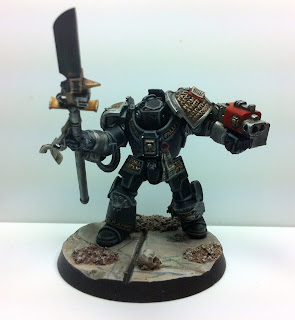 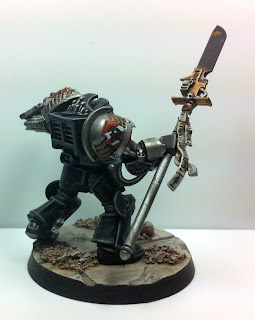 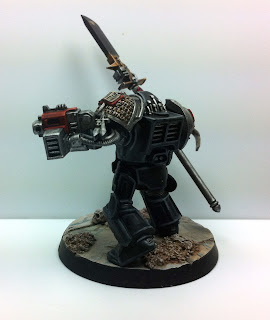 As you can see, I have painted them in the original Index astartes scheme, basically when they were just anti psyker deathwatch. I much prefer this to the silver scheme as I think it looks alot more sinister. Can't imagine the boys in silver slaughtering the surviving population of a planet because they saw a daemon.

Anyway, C&C welcome, its good to be back Imperium!
Posted by Sheep at 23:07