Another random project I have going on, I won a warlord for "cheap" on eBay, and that began my slow descent into addiction. 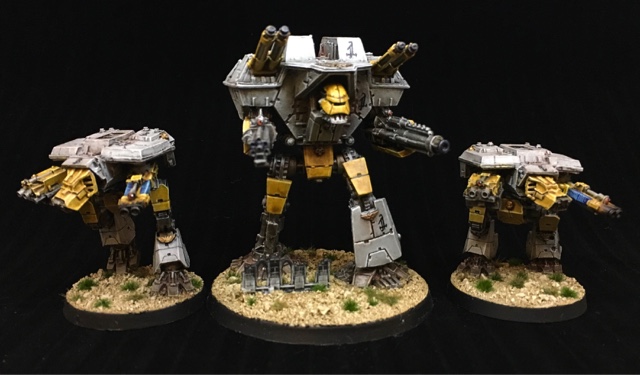 Two warhounds followed, obviously, so then I needed another 6! I also bought a reaver and a second warlord (which hasn't arrived yet). 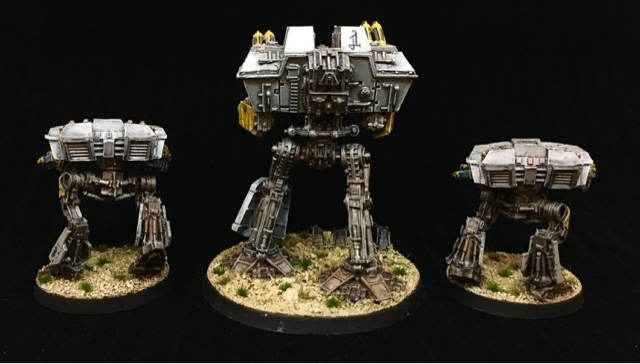 These three were painted to test the scheme. I've always loved the Legio Gryphonicus colour scheme on the Lucius pattern Titans. 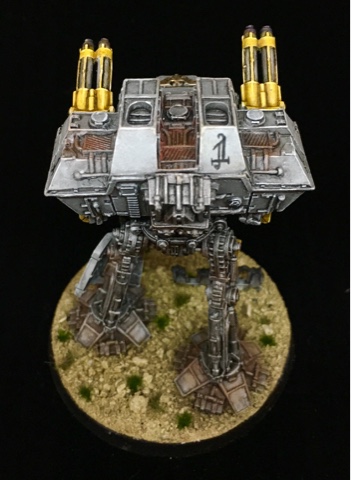 The scheme is actually relatively quick and easy to do, involving a lot of glazes and washes. 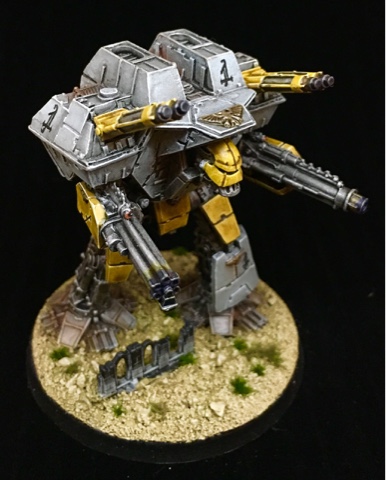 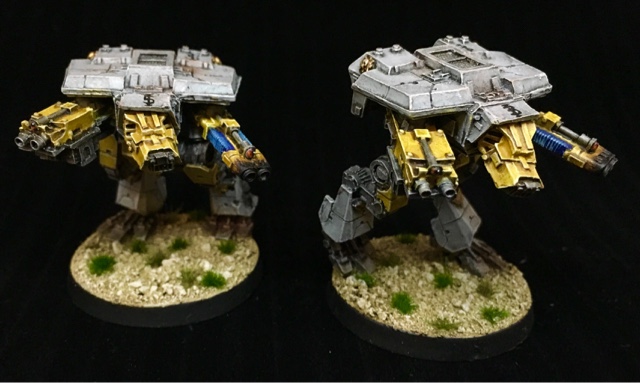 I'm not sure what the eventual plan for these is, they may be sold to fund renovations on my house, including a new man cave to remove toys and paints from the reach of tiny hands. If anyone's interested drop me an email, or comment, I would ofcourse finish them all before sale.

Also if anyone has FW epic reaver Titans hidden away Id like a few more ;)

*also I'm sure you noticed the missing shin armour on the warlord, it was sold to me with two left shins!? In waiting for the second to arrive so I can do a quick cast of the shin armour*